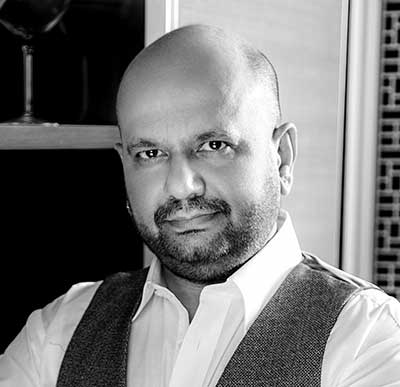 If beer is the world’s most widely consumed alcoholic drink, and is the third-most-popular drink overall, after water and tea – why has India been so late to see this even after all these years?

Alcohol content certainly isn’t the issue when we are literally one of the world’s largest whiskey-consuming nations of the world. It’s not like our climate doesn’t favour it: our pleasantly hot and tropical climate is perfect to launch pretty much any beer in the world. So what’s the problem?

So why is it that the growth of beer has been so staggered in one of the world’s fastest-growing alcohol markets and largest consumers of alcohol when in fact, it should be the other way around?

First off, India operates very differently from the rest of the world. In the rest of the world – be it Germany, the U.S. or Australia – it’s a single country approach. Even China, the world’s largest producer and consumer of beer has a ‘one nation- one market’ concept. In India, however, each state operates as a different country which further makes the taxation lopsided. With 32 out of 37 states/ union territories being ‘wet’ (non-prohibition of liquor), it’s like we operate like countries of Africa (not even Europe)!

Like any country, China is protective of their domestic production. However, they have zero percent import custom duty for Beer. In India, on the other hand, we have 110% customs duty, followed by various state levies ranging from another 100 to 250% !

To be honest, everything – right from tax structure to distribution… is a regulatory maze. Take the legal drinking age, for example. It’s a joke that we still have to wait till 25 to drink beer in most states. I can understand 25 for hard liquor and spirits, but beer? We’re granted driving licences, we marry and have kids as 25 – in fact, we vote at 18! And yet chilling with a beer in your hand is not legal until you’re 25? It doesn’t make sense!

The excise is a revenue department, not health. Therefore, each state excise has a primary focus: to ensure the revenues earned from their state is the highest. GST is a tax that’s shared through the central system. Therefore,  VAT/excise tax from the alcobev industry is a direct and critical revenue for the state.

For this very reason, even though the GST constitutional provisions allowed petrol products and real estate to be subsumed into GST, alcobev will never enjoy the same treatment.

Article 47 of the Indian constitution which I recommend everyone to read directs the States in raising the level of nutrition and the standard of living of its people and the improvement of public health as among its primary duties. In particular, the State shall endeavour to bring about prohibition of the consumption except for medicinal purposes of intoxicating drinks and of drugs which are injurious to health. To maintain this fine balance between health and revenues, your guess is as wild as mine – complete prohibition across the country will never happen!

With revenue being the Holy Grail – the higher the revenues, the better it is for the state governments. Beer is a ‘pain’. To begin with, it has the mildest ABV, that’s 5-8 percent alcohol by volume. It’s also the only alcobev that comes with a shelf life and it costs a lot to transport it. And worst of all – you make a beer hooch!

So what gives a better bang for the buck – not just to the state government but also to millions of alcohol drinkers in this country? Hard liquor/ spirits with a 40-50 percent alcohol content, obviously!

I’m certainly in favour of Fair Beer Trade; we all want it like it’s in other countries.

All in all… For a pint of beer with a market price of Rs. 100, almost Rs. 60-70 goes in the form of government tax and levies. For a beverage which is a mild 5 percent alcohol by volume – that’s a lot.