The Tradition Of Czech Side-pull Faucets

Czech Republic has been serving beer from side-pull faucets for years. Recently, they have been gaining popularity in the US and across the world. Popping up everywhere from craft beer bars to brewery taprooms, side-pull faucets are trending in a good way. Side-pull faucets can completely transform the way a beer is poured.

Instead of the typical vertical tap handle that pulls straight back, Tapsters in Czech Republic pour their Pilsners with a tap that turns sideways. It is fundamentally used for controlling the flow of beer to create a creamy head, which is the traditional way of enjoying a Czech Pilsner. The faucet is plunged into the mug to create a silky, sweet head of foam.

While it may just look like a tap turned on its side, the side-pull tap handle is a bit delicate in comparison to a regular tap. Even a slight shift of the handle can alter the flow of beer. Every degree has the ability to change the amount of beer being poured into the mug. That being said, let’s look into the structure of a side-pull faucet and its importance.

The length of a Czech side-pull faucet is usually longer than the regular taps as it is submerged in a beer as the glass fills. The nozzle of the long faucet has a micro screen inside which basically aerates the beer and draws a thicker foam. Screen creates more nucleation sites while pouring and dispenses a creamy, cappuccino-like dense foam. Micro screen is essential to create a unique type of wet foam which is necessary in Czech pours. 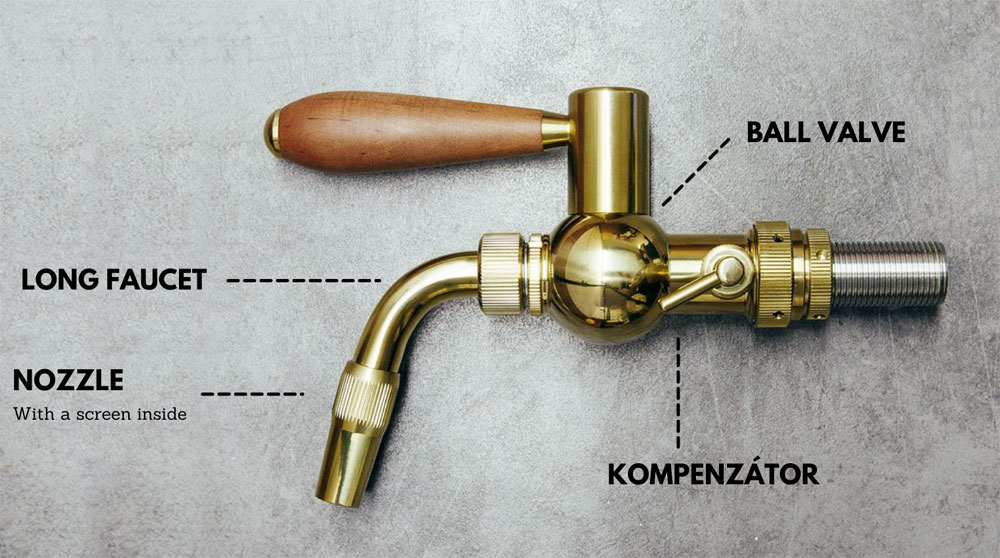 Anatomy of a Czech side-pull faucet

The anatomy also consists of a component called Kompenzátor which essentially controls the flow of the beer. It’s purpose is quite similar to a ‘flow control’ in regular faucets. All of the original side-pull faucets in Czech Republic are only made by Lukr.

When compared directly to a standard faucet, side-pull faucets have a longer nozzle. Unlike vertical taps, which have a plunger valve, side-pour taps are constructed around a ball valve. The tapster would fully open the tap for drawing bright beer and closes it for a dense wet foam.

A faucet screen inside the side-pull nozzle also distinguishes it from the standard taps. Standard taps only have an open/close mechanism. There’s no middle ground for controlling a desired beer head. Whereas side-pull faucets have a ball valve and can be shut on either side. It can rotate upto full 180°. A tapster can create and control the type of foam. This tap is more like a dimmer switch where you can dim the lights. Whereas, a regular one is like an on/off switch for lights.

A simple act of beer pouring in Czech has transformed into an art. A tapster, who needs to be professionally qualified to pour a Czech style Pilsner, has the ability to change the look of a beer. Overall, there are about six types of Czech pours. Čochtan, Hladinka, Šnyt, Mlíko, Nadvakrát and Řezané Pivo. 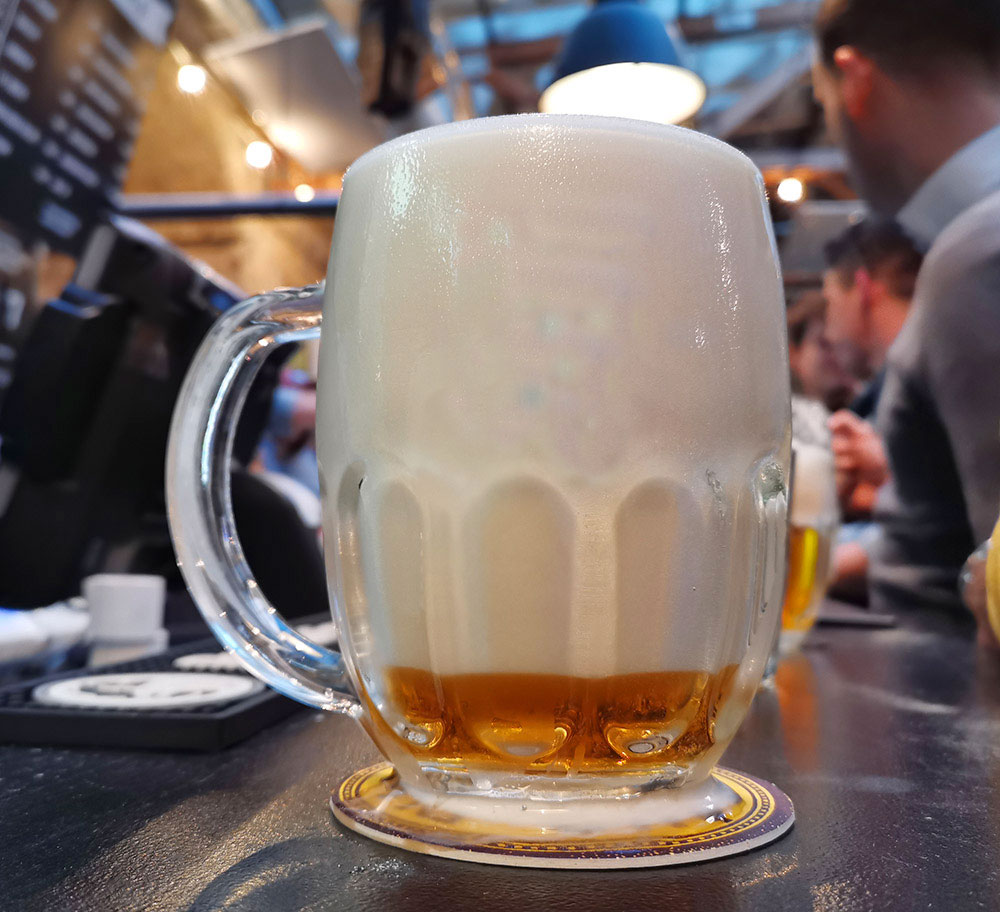 The Mlíko Pour. It is known to be sweet and creamy

Typically, they are cleaned twice a month. Once every two weeks or once a week. Taps are taken down at every night and soaked in sanitizers in almost every Czech pub.

Beer Blends To The Rescue By Gateway Brewing Co.

5 Things You Should Know About Your ‘Pils’!