Home / Brew Corner  / The Science Of Malt By Crisp Malting

The Science Of Malt By Crisp Malting

Malt is the soul of beer. Without it, there wouldn’t be fermentable sugars for yeast to metabolise and break it down to ethyl alcohol and carbon dioxide. By definition, malt is a processed grain which is altered from its natural state to yield sugars for brewing a beer.

Barley is known to be one of the ideal cereal grains for malting. It is enclosed with a husk to protect the germ, starches, it’s enzyme system, colour and flavour. In addition to barley, wheat, rye, oats and other grains can also be malted. Every malting company has their own way to process the barley. They follow different techniques and other proprietary methods to make sure they produce top-quality ingredients consistently. To understand this further we interviewed Crisp malt, a British Malting Company to tell us about their product and what makes them stand apart from the others.

Can you briefly walk us through your malting process? Does Crisp have a unique method of malting?

In simple terms, malting is – and has been for millennia – a three step process. Cereal grains, usually barley, are steeped (soaked); germinated (sprouted); and kilned (dried).

Steeping increases the moisture content of the barley, essentially fooling the grain into thinking it has been planted in the ground, which initiates the growth of the grain. Germination is the process in which the barley begins to grow. In this stage, all the changes in the grain occur and this is where we see the transition from barley to malt. Kilning halts the germination process, and by careful application of low temperatures for a day, we produce pale base malts. These are the ones essential for the production of beer and whisky. Some other speciality malts, such as Vienna and Munich can also be produced on conventional kilns using higher temperatures. Roasted malts are then further processed through a roasting facility. Crystal malts are made by taking malt straight from germination, and further processing this through a roasting facility. 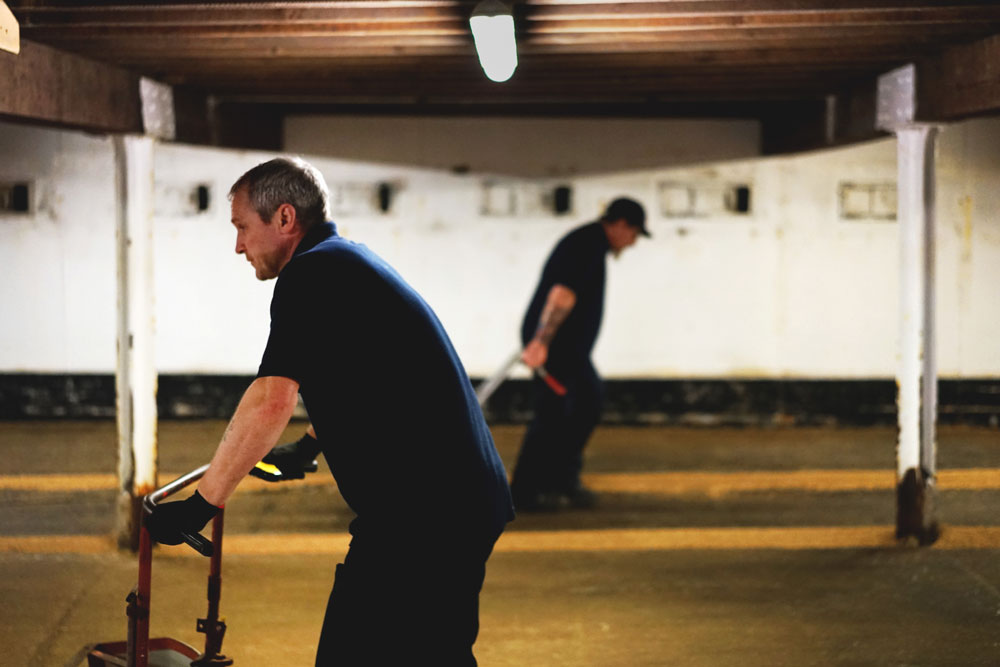 At Crisp, we have state-of-the-art, large scale maltings in England, Scotland, Germany and Poland. North Norfolk, one of the best barley-growing regions of the world, is home to our floor maltings, one of only three that remain in England. Here the grain is turned by hand in the germinating and drying stages. We reserve this precious facility for our ‘Heritage Malts’. This allows us to offer ingredients with historic authenticity – as well as extraordinary depth of flavour. Our floor-malted Heritage Malt Collection includes Maris Otter, Chevallier, Plumage Archer and Haná.

We also have a Speciality Malt Plant – the only one of its kind in the UK. The plant is an innovative bit of kit that uses vibration to transport the grain through a continuous system whereby grains are treated by direct contact with electrically heated tubes. The whole system allows for finite control of temperatures, as well as a high level of homogeneity and prevention of burning.

Grain that has been germinated can go through the Speciality Malt Plant as it is (green malt), to produce cara and crystal malts. Grain that has been kilned after germination can also go through the plant and this gives a wonderful range of roasted malts, depending on time and temperature in the facility. Either way, the plant delivers consistently, evenly-roasted quality malts, ranging from Cara Gold to Dark Crystal or Amber to Black. 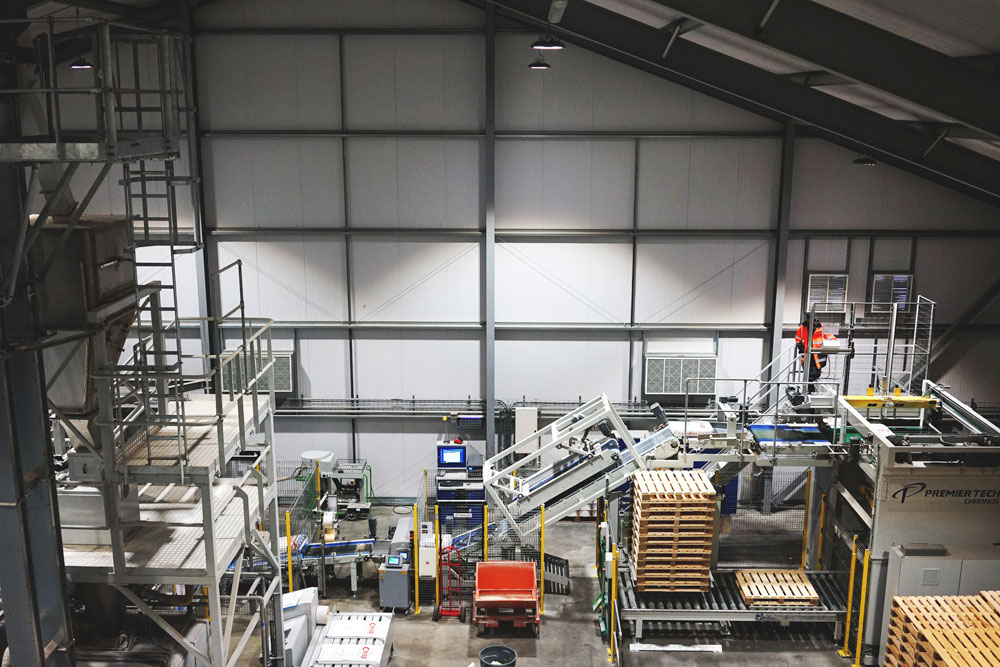 In Scotland, we have a peating facility, where the malt is smoked through peat. The resulting malt is used more in distilling than brewing.

Among the diverse line-up of malts at Crisp, which according to you is one of the most underrated or needs more spotlight?

To start with a more general observation, there is a widespread lack of knowledge about malt. Everyone knows wine is made from grapes. Most could tell you there are hops in beer. But awareness about malt, and the fact it’s a grain – usually barley – that’s been through a three-step process is sadly lacking in the wider population.

Considering that malt is the main ingredient of beer and whisky, it feels as though the whole industry needs to do more to spread the word about this natural, wholesome – and varied ingredient.

Specific to Crisp, our Heritage Malts are very highly rated by those who use them, but they would definitely benefit from being in the spotlight. 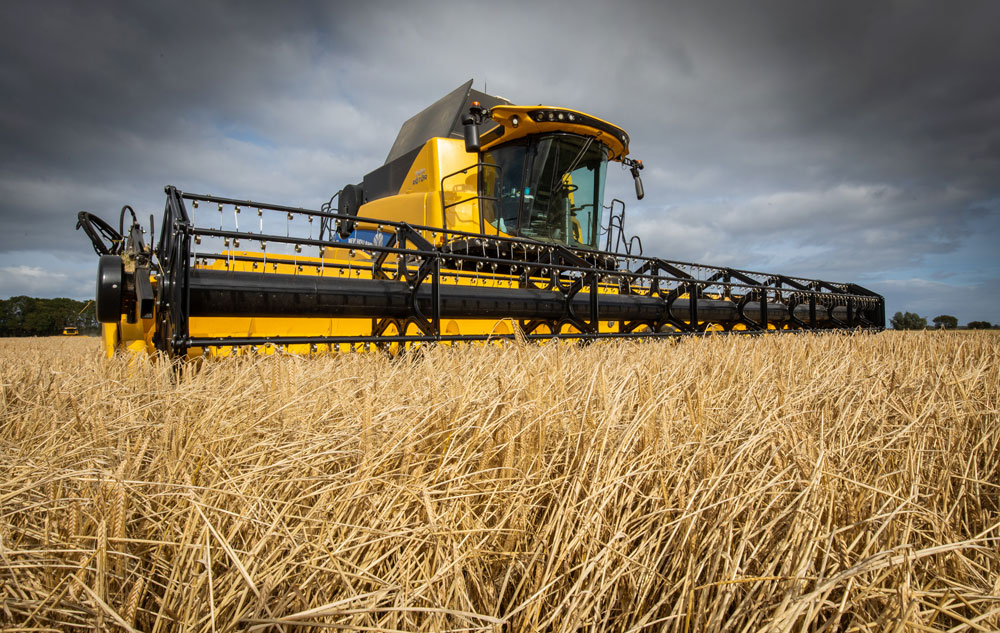 Most barley varieties are superseded in the space of 5 or 6 years, but Maris Otter is now 55 years old. Once the predominant barley variety in Britain, Maris Otter started to decline in the 1980s when the larger brewers turned to higher yielding (and therefore cheaper) varieties. In 1992, two grain merchants bought the rights to Maris Otter. Through the painstaking process of “reselection”, they hugely improved the quality and purity of the variety, and with the support of maltster’s – not least Crisp – ensured its survival and revival.

Crisp’s main malting site in England is situated in north Norfolk in the Maris Otter-growing heartland. For over 5 decades our floor-malted Maris Otter has been held in the highest esteem among discerning brewers. Fans now include the new wave of craft brewers, who have extended its use far beyond the traditional English ales in which it was originally used. 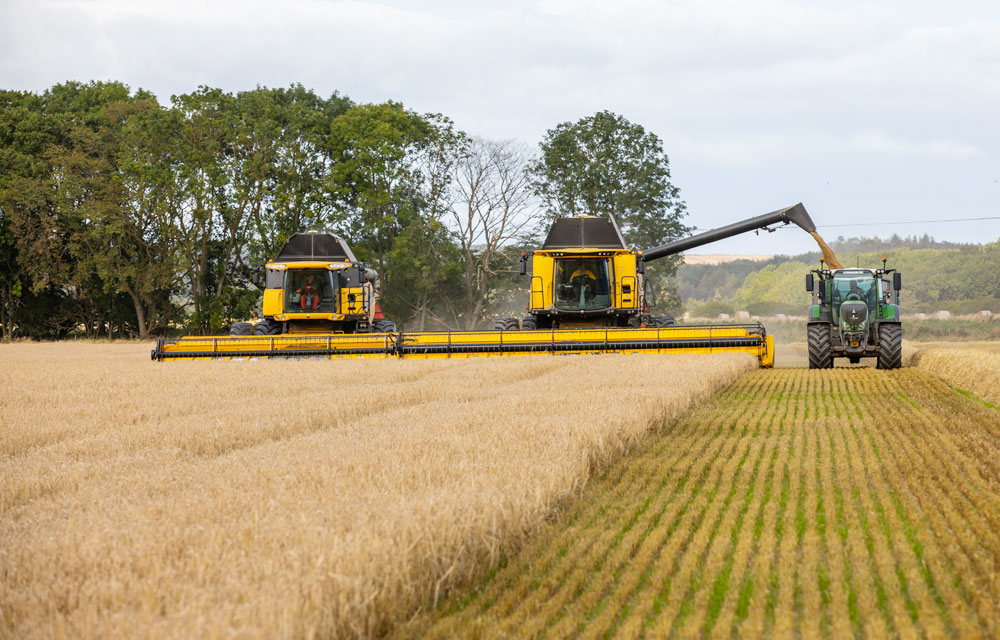 They tell us they value it for its quality, consistency and forgivingness in the mash tun. That’s over and above the distinctive flavours in the beer it produces. Although Maris Otter malt was originally the centrepiece for traditional British ales, it is now used by craft brewers in the whole spectrum of lagers, ales, porters and stouts.

Chevallier barley first made its appearance in the 1820s, and soon became popular among farmers, maltster’s and brewers. It was the predominant variety through the rest of the nineteenth century, falling into disuse in Britain only in the 1920s.

A few years ago, when scientists at the John Innes Centre were researching disease-resistance, they propagated a few seeds of Chevallier from their seed bank. The results were good, so further generations were propagated. With support from Crisp, there was eventually a sufficient quantity of grain to create a batch of Chevallier Heritage Malt on the floor maltings. 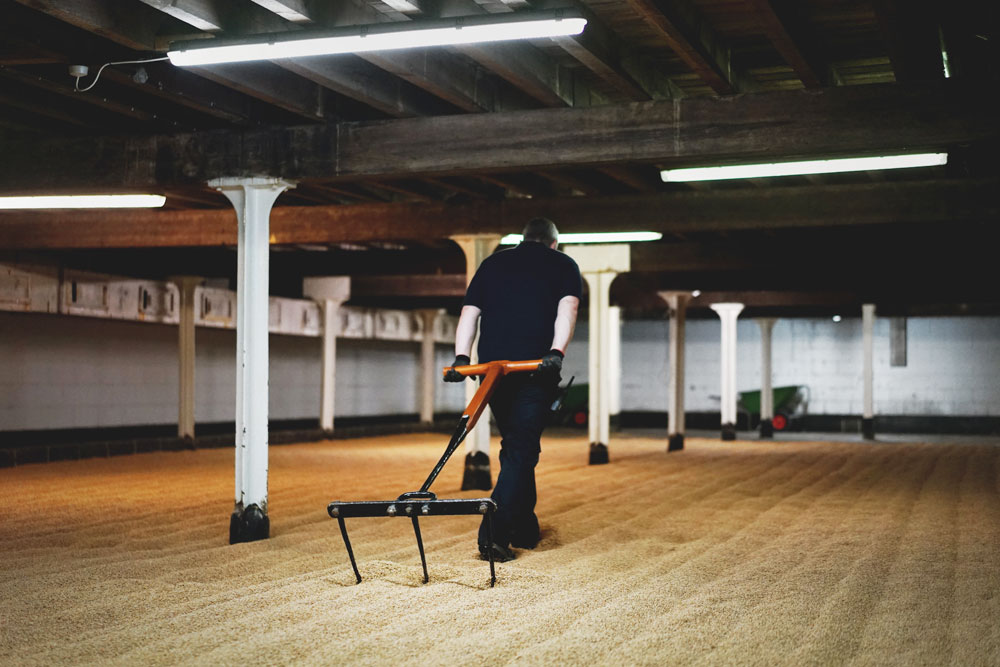 Brewers who tried it were so enthusiastic about this characterful, historic malt, that we have made it into one of our permanent collections in the Heritage Malt series. It is deeply malty with a marmalade sweetness, and it provides the beer with a lovely long aftertaste. It is perfect for malt-forward styles of beer – especially golden ales, barleywines, IPAs and DIPAs.

What malts have you been most excited about?

The Speciality Malt Plant was installed a little while ago, and it has provided us with the opportunity to experiment – and to trial and / or produce a whole range of malts about which to be excited. As well as the acclaimed Toasted Malted Oats we produced on it, we’re looking at what can be done with a range of other cereals and raw materials. 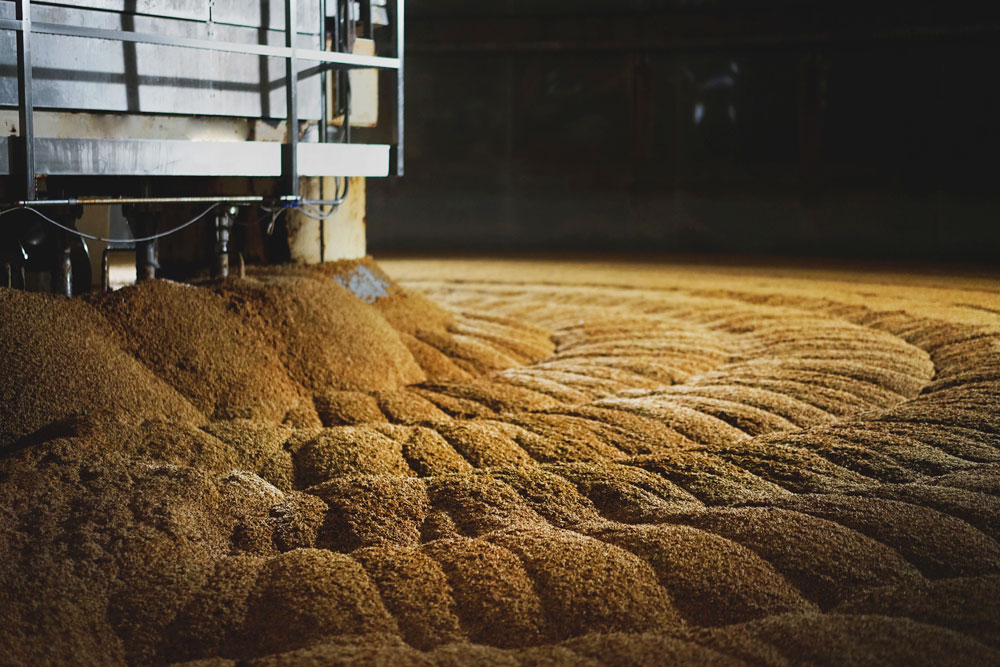 Although it’s been available for quite a while, at Crisp Malting, we’re still excited by Clear Choice malt, which, without being genetically modified (none of the grain we use is gm), contains no proanthocyanidins. These are flavonoid polyphenols that impart astringency and also form chill haze with proteins in the final beer. After fining or filtration, the result is a super clear, shelf stable wort with beautiful honey sweetness.

Could you tell us more about Small Batch Series at Crisp Malting? What is the purpose behind them?

When everything was dominated by big brands, malt variations were relatively limited. The emergence of a vibrant craft brewing sector over the past decade or so has, to our joy, changed this. Like craft brewers, maltster’s love to experiment. We are fascinated by the science and the art of malting, and the impact we can have on beer flavours, colours, textures, aromas, mouthfeel, and aftertaste. 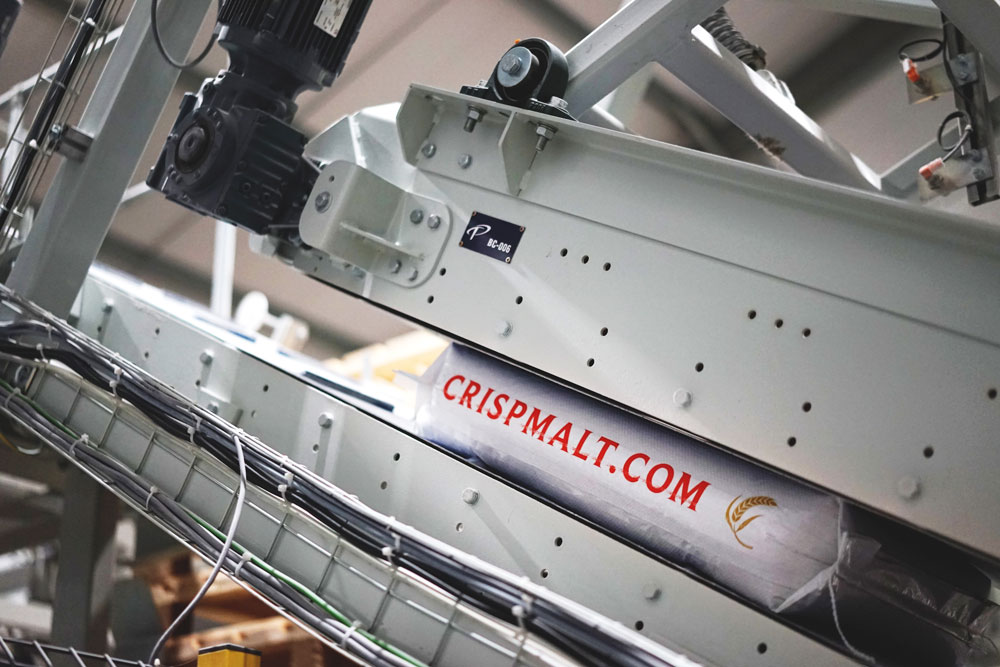 The Small Batch Series allows our maltster’s to research, experiment and trial. We have invited brewers to come up with ideas, are picking the more exciting ones and working with the brewer who made the proposition to develop the new malt. Smooth Chocolate Malt, Haná Vienna and Toasted Malted Oats are among those that have featured so far.

What do you think differentiates Crisp from other malting companies?

The consistently top-quality ingredients, the high levels of customer service and support are important differentiators. Also, our team members are known among customers for their insatiable curiosity and legendary technical expertise. 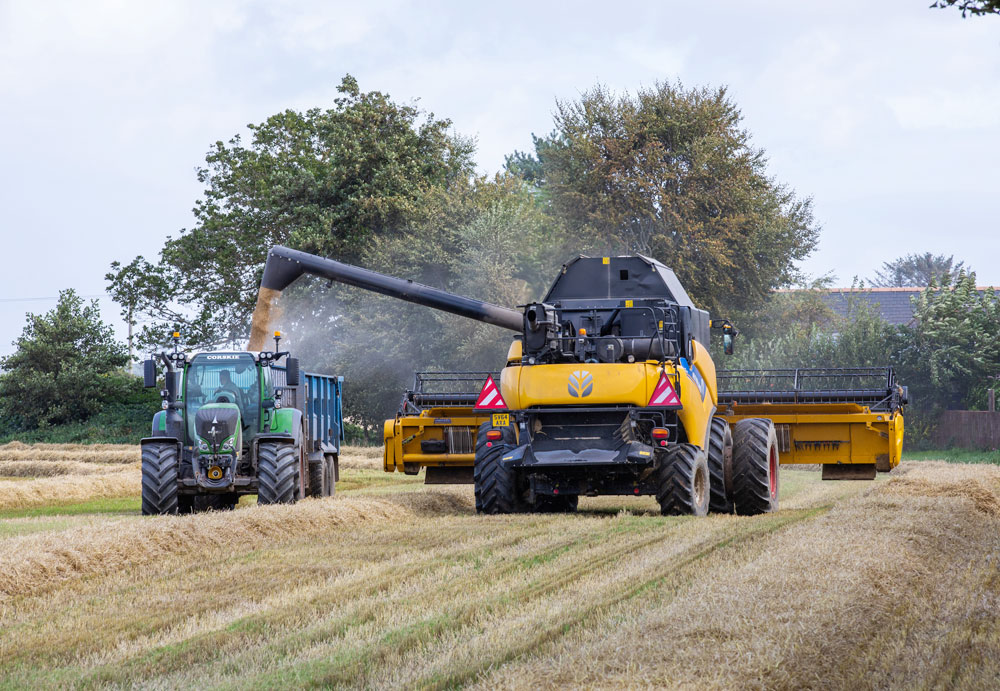 We are involved right across the development and supply chain, working closely with plant scientists, agronomists, farmers and grain merchants as well as with brewers and distillers. When team members travel across the globe to meet customers, they never miss the opportunity to explore the beer-scene (yes, nice job, but there is a very serious side to it in terms of understanding the markets and the differing taste-preferences in different locations and cultures).

We’re vigilant about the latest developments – and are able to pass on our pooled knowledge, experience, skills and advice to wholesalers and customers. Our aim is to help customers differentiate themselves in increasingly challenging markets.

Tell us what comes to your mind when you think about craft beers in India.

Craft beer is currently only a tiny percentage of the overall beer market, just 2-3% in 2019. According to Research and Markets, craft beer sales are expected to have grown by 110% by 2025. As more domestic breweries establish and enhance their credentials, Indians will be looking to buy local beers with greater ranges of flavour and character than imported global brands. 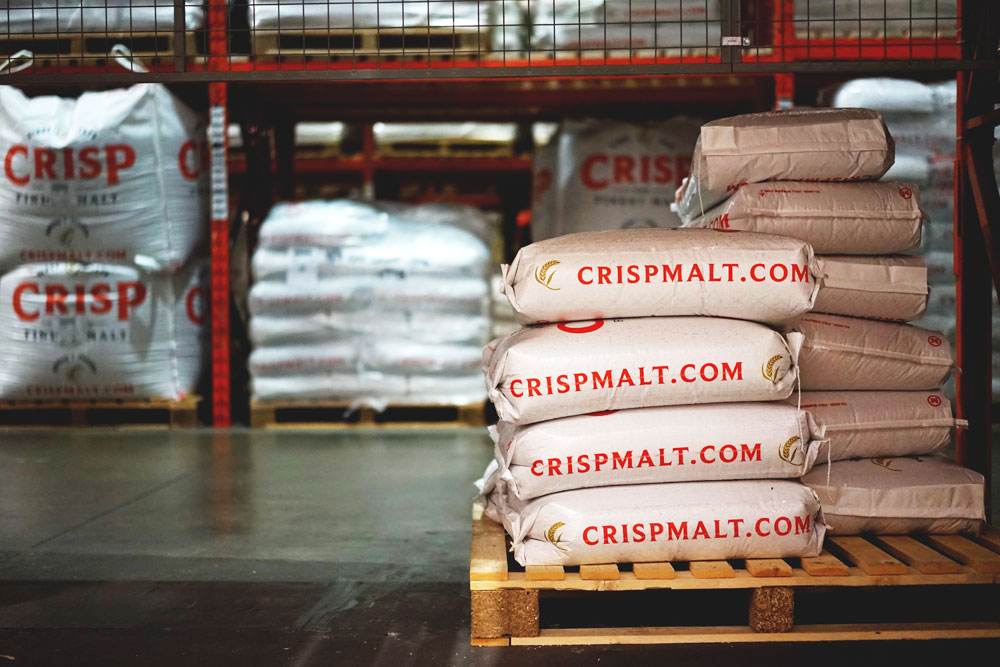 Check out our website, the blogs and the webinars for technical information and advice. If you are interested in our exceptional range of malts, please contact DVKSP