Aurum Brew Works collaborates with Godless band to launch Netherworld, a Trappist inspired beer in Bangalore. Aurum constantly aims to curate artisanal craft beers with best-in-class ingredients to ensure the finest quality of the brew. They provide an array of beers for the beer lovers to indulge in. The microbrewery is so vast that their patrons are most likely to get confused for choosing an ideal cozy spot.

Aurum Brew Works is also a host to a lot of live events. Live bands, festivals, launches, gaming and other events just add to their overall microbrewery experience. Because why not? Researchers on the other hand claim that music can help elevate your beer-drinking experience to a whole new dimension. That being said, Aurum is all set to woo the metal heads in Bangalore with a never before collaboration to launch the preview of Godless’ latest album “States of Chaos” and most importantly, a Trappist inspired Belgian beer.

Collaborations are often a result of growing consumer demand for craft beer. It is simply the passion for making great-tasting beer with a great cause. The folks from Hyderabad-based death/thrash metal band ‘Godless’ – Abbas Razvi, Kaushal LS, Aniket Yadav, Moiz Mustafa and Ravi Nidarmarthy have recently found their connection with malt forward European beers (Germany and Belgium) when they travelled to Europe to perform at various music festivals.

As a result of this, a collaboration with Bangalore’s premiere microbrewery, Aurum Brew Works was just the perfect venue for hosting a pre-launch listening session alongside their favourite style of beer, Belgian Dark Strong Ale. 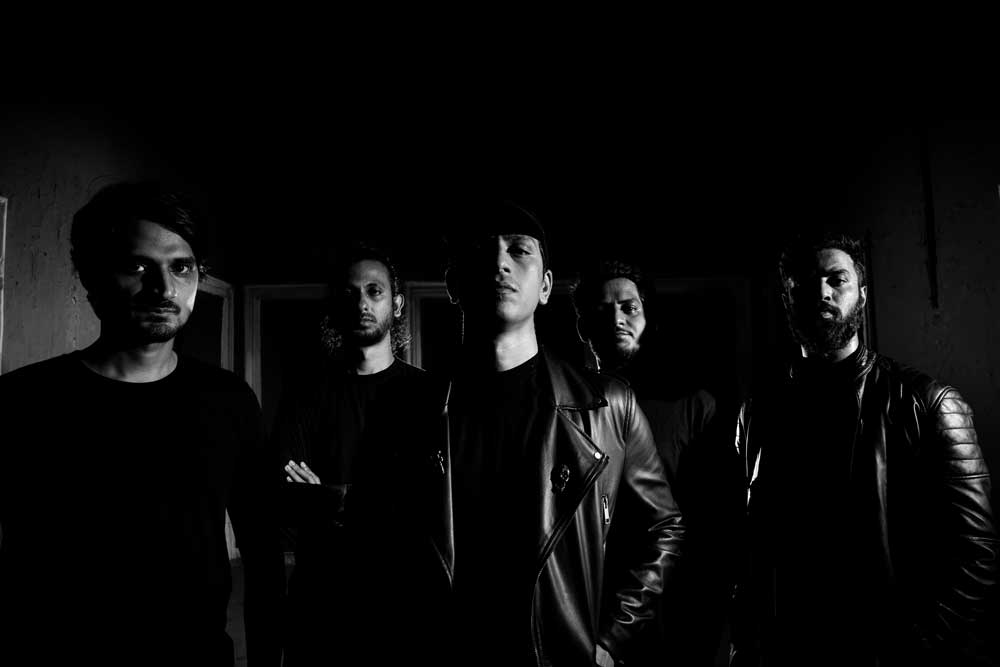 After releasing 2 EPs, Godless is on a high to release their debut full length album. Being hardcore beer enthusiasts, it only made sense for Godless to work on their own brand of dark beer in collaboration with The Beer Chronicles & Aurum Brew Works and launch it along with an exclusive, pre-release, album listening session which is unlike any other release.

Netherworld – A Beer For Metalheads

Netherworld, named after Godless’ new track, is Aurum’s exclusive beer brewed for their newest album’s pre-launch session. To appreciate the band’s love for the rich, malty and high ABV Belgian beers, George Jacob, Brewmaster at The Beer Chronicles has brewed a Belgian Dark Strong Ale which is a tribute to the monks of the Saint-Sixtus monastery, who are known for their outstanding Westvleteren!

This is a very complex Strong Ale that is high on alcohol, clocking in at 8%. It is brewed with a good chunk of specialty malts and dark candi sugar fermented with Abbey yeast. Tastes absolutely complex, malty-rich with dark fruit like character. A bouquet of raisins and plums on the nose and palate, balanced by a hint of spice. The high alcohol gives beer a very warming sensation as it trickles down your throat. 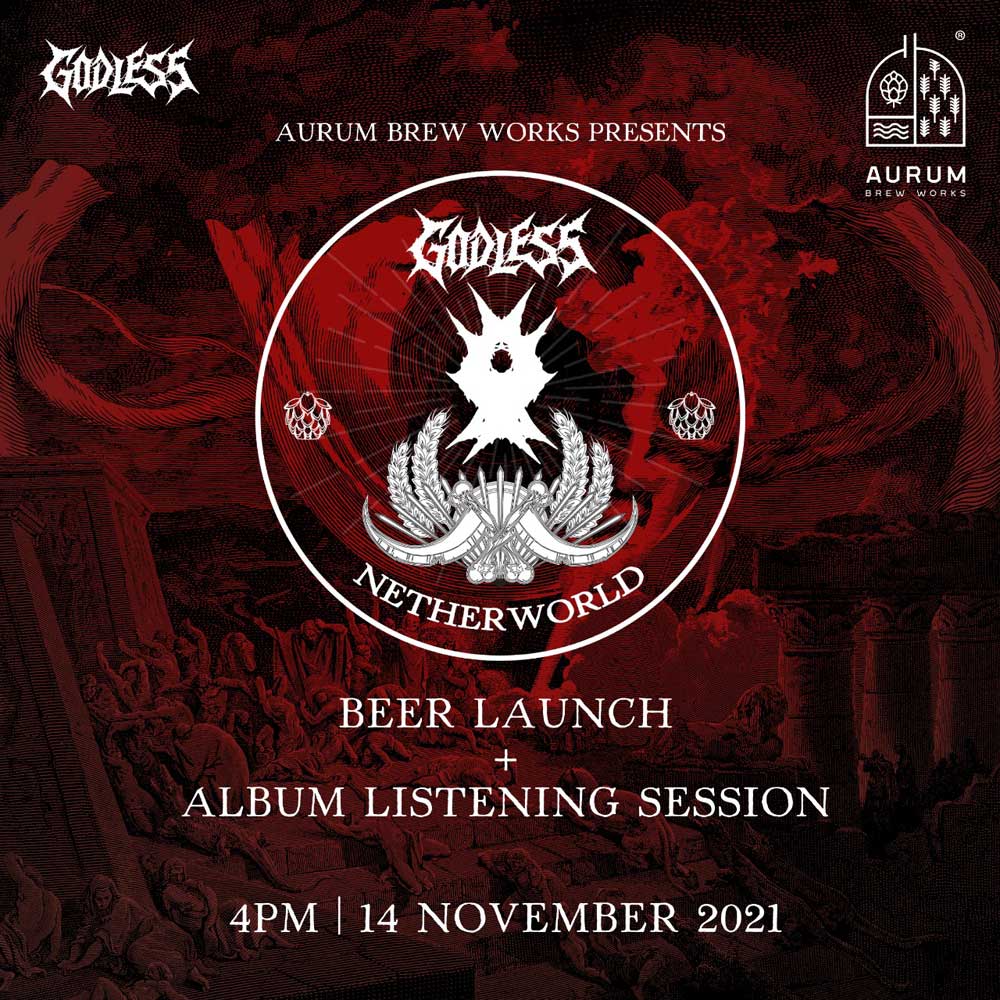 This is a first of its kind collaboration across the country. It is scheduled to happen on the 14th of November, 2021 from 4 PM onwards. Godless band will take the centre stage at Aurum Brew Works, Sarjapur Road, Bangalore.

Godless’ new album isn’t out yet but if you can’t wait to get started, you can check out their latest soundtrack called ‘NetherWorld’ on Spotify here.