With December setting in, we’re officially gearing up for all things winter and warming. On that note, did you know there’s actually a category of beers called Winter Warmers? It’s true – Winter Warmers are malty sweet ales, with a solid malt presence in their flavor profile and body. They can range in colour from amber to jet black with a balanced hop presence. There couldn’t possibly be a better drink of choice for this frigidly frosty time of year. To keep you warm, the alchemists at Red Rhino craft brewery are up to something for this winter season. Read more to find out.

Winter’s cold and dark nights change the pace of our lives. As colder temperatures set in, winter seasonal beers start pouring from the taps. So, what makes a good winter beer? Typically, it’s something comforting and will make you feel warm and fuzzy inside on a cold evening. High ABV beer styles lend themselves perfectly for the winter months.

The winter season robs us of light and warmth, but invites us to make our own with bonfires, blankets and robust beverages. At Red Rhino craft brewery, Beer follows the seasons with ease, offering a wintry mix of deep, lush malt flavours, complex Belgian Ales, hoppy oddities, satisfying Stouts or dark Dubbels.

Red Rhino craft brewery has a great impact in the brewing industry and it helped bring in a beer community in full force with their wide range of seasonal beers. As a microbrewery, they keep pushing the boundaries, whether that’s in the brewhouse, with sustainability, or in the great outdoors. Let’s take a look at the stellar list of Winter beers at Red Rhino brewery which are yet to make their way to keep you warm for the upcoming chilly months.

Smoked beers are perfect for anyone who loves scotch, campfires, and smoked meats. They have a woody taste and often express a burnt or campfire-like flavours. Smoked beers go great with summertime campfires, crisp autumn evenings, or even holiday chocolates at Christmas time. 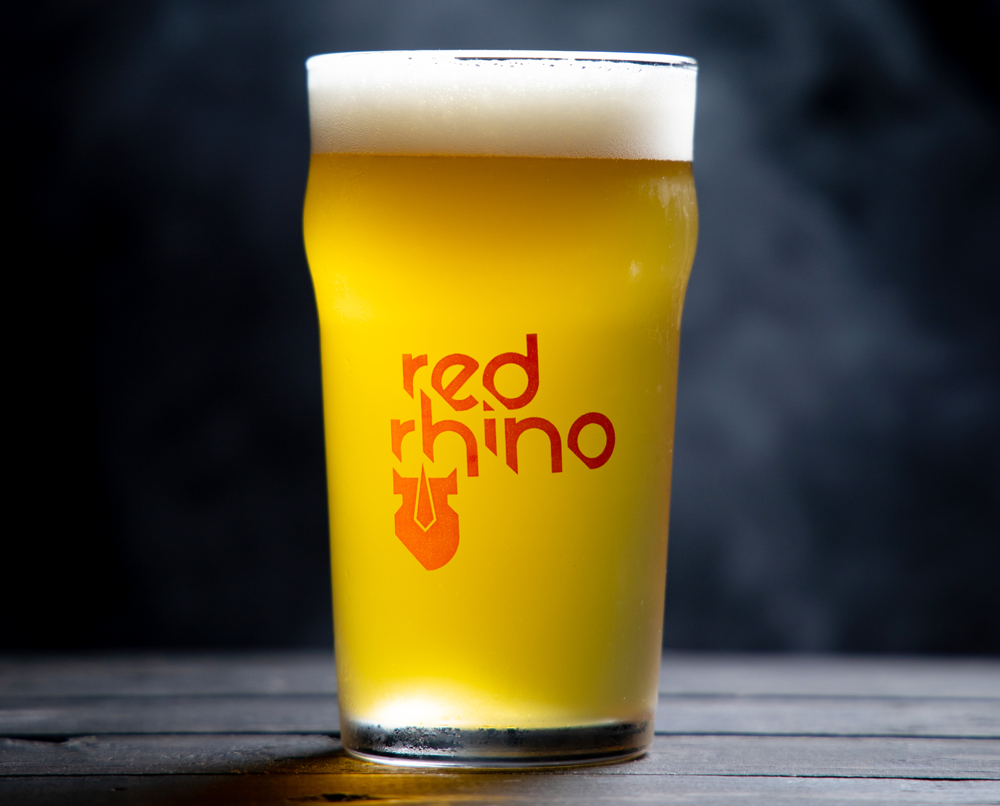 Smoked Helles at Red Rhino is their take on a traditional German beer style, often associated with Munich. Helles lagers are easy drinking and light in colour while maintaining a rich body and maltiness. There are moderate noble hop aromas but this style has less perceived bitterness than a German Pilsner. This version of Helles is very well attenuated and gives out a wonderful beechwood smoke character as you take a sip. Highly carbonated with a medium-light mouthfeel and absolutely crisp and refreshing. Smoked Helles is all set to be tapped on 11th of December, 2021.

Belgian Dubbel is Red Rhino’s take on the dark, malty and complex ale which is brewed with imported specialty malts and noble hops. It has an intriguing aroma of malty-sweet, caramel or toast along with complex notes of dried fruits such as raisins, plums or dried cherries. This Belgian Dubbel warms up your soul as it flows beyond the palate. A great introductory Winter warmer, currently pouring at Red Rhino, to get you started and just perfect for fireside chats with loved ones. 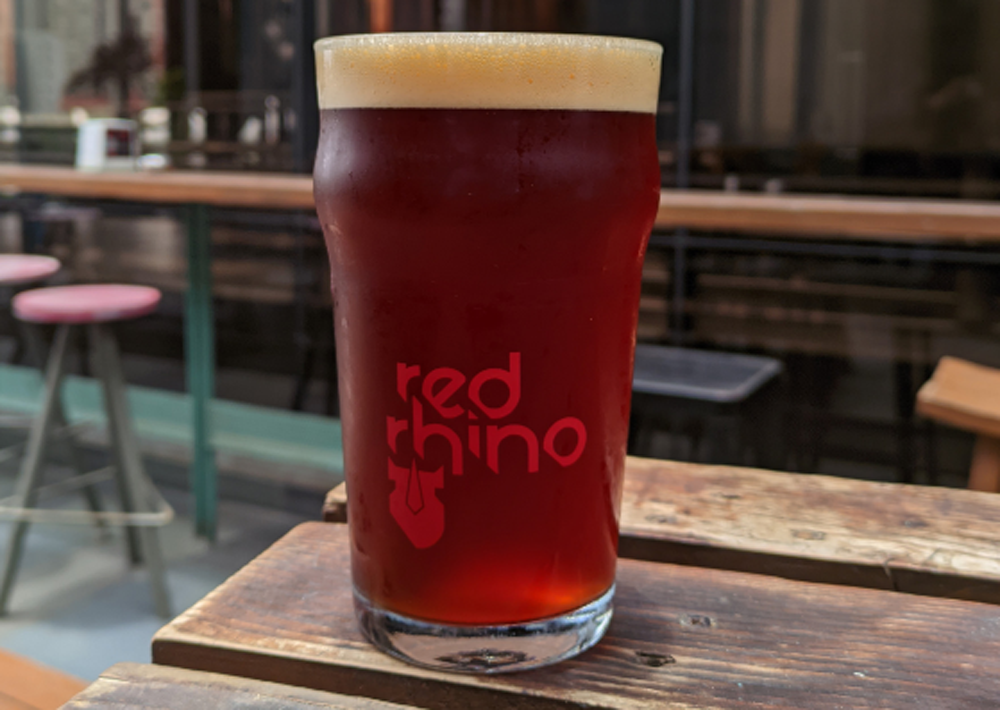 This is Red Rhino’s take on a strong Belgian Style Ale. Their brew crew has always brewed this strong Ale with finesse. They are no stranger to brewing strong beers with bold flavour characters. This Belgian Golden Strong Ale, in the past, has been crafted with all imported specialty malts and noble hops. As the winter closes in, they are slated to brew this mighty Golden Ale once again to keep their patrons warm. 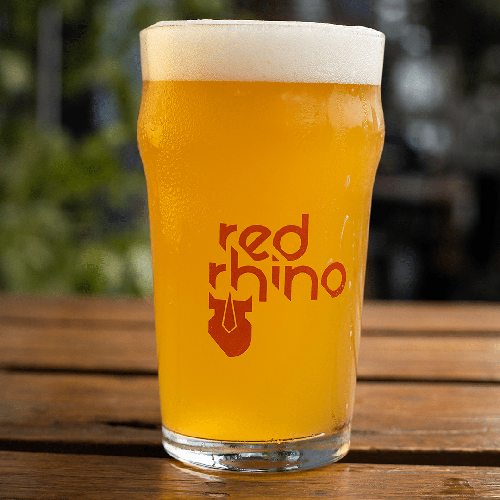 It is yellow to medium gold in appearance and boasts a complex fruit & spice aroma. It is just perfect on a chilly and sunny day to pair it alongside rich and hearty food. This heavenly flavour of Belgian Golden Strong Ale is bound to warm up your soul with the presence of high alcohol.

For the first time ever, Red Rhino’s alchemists are set to woo you with a rare and the most extreme craft beer style that you may have never heard of – Wheatwine. Wheatwine is a beer style generally perceived as somewhere between a barleywine and a well-aged stout. It’s experimental, old-school and very rare. It ideally aligns with Red Rhino’s experimental brewing approach and could be their ultimate winter beer for the season. It is the most extreme craft beer style you haven’t been drinking. 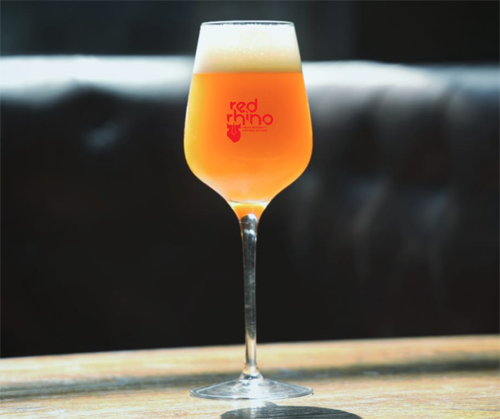 Red Rhino’s soon to be on tap, Wheatwine

Though Wheatwine’s lack the hype of trendier boozy beer releases, they have inspired decades of devotion. To describe it in terms of a sensory experience, Wheat Wine is a dark copper, full-bodied strong Ale which gives off flavours of caramel and toffee. Similar to a Barleywine, yet this recipe consists largely of wheat. It is sweet, malty and decadent – you might want to save this one for dessert!

All of the beer styles that have been listed above are expected to be out and flowing through their taps real soon during the winter at Red Rhino Craft Brewery & Inspired Kitchen in Whitefield, Bangalore. So, gear up for the winters and sip on these decadent warmers as the nights get cold and chilly.

A Collaboration Of Forward-Craft Thinking