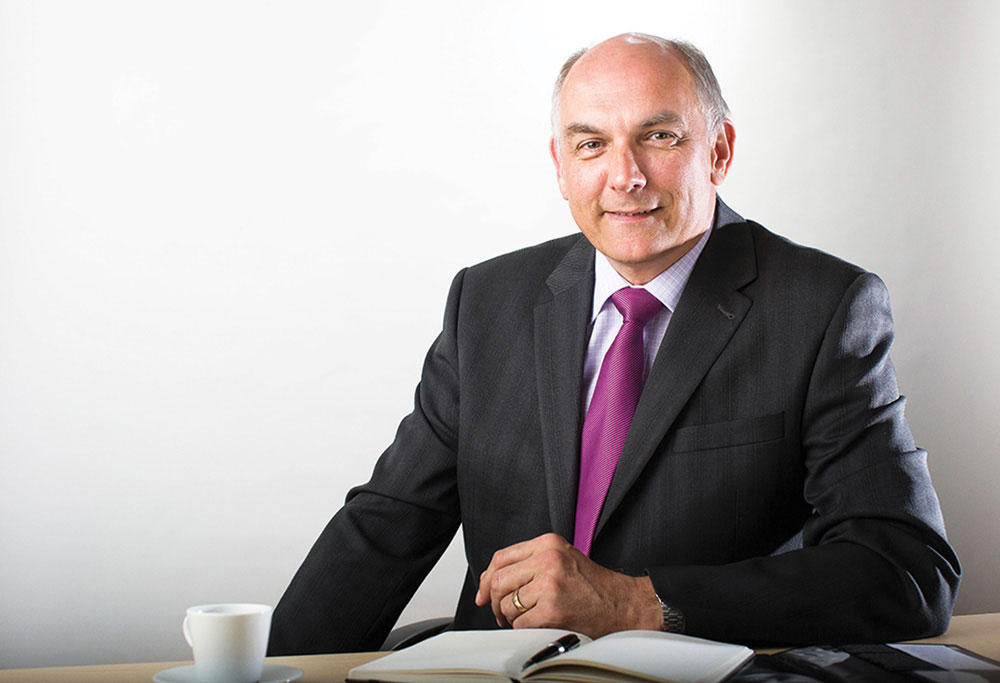 Muntons are a little different from the average maltster. They make malt, of course. About 200,000 tonnes every year and, being based in the centre of the finest barley growing region in the world, very good malt it is too. But Muntons are more than just a maltster.

With a history stretching back to their incorporation nearly a hundred years ago, Muntons began life making malt extract in their converted brewery in Bedford destined for the food, brewing and pharmaceutical industries. The company began making their own malt with the acquisition of Edward Fison in Ipswich and, in 1948, moved to their 45-acre site in Stowmarket, in the heart of the East Anglian malting barley region. They constructed their innovative Boby Drum maltings at their new site, well-designed and still used to this day. They built another maltings in 1965 on a 25-acre site at Bridlington in Yorkshire to supply demand from northern breweries and the Scotch whisky industry and in the 1970’s expanded their capacity further with the addition of their cedar maltings at Stowmarket.

Meanwhile their malted ingredients business grew as interest in high quality, clean label malted ingredients became more prevalent in an increasingly health conscious world. Today, Muntons sell their products to over seventy-five countries around the globe, in markets as diverse as breakfast cereals and confectionery, to pet foods and home beer making. Not just their malt extract, where they stand as the largest manufacturer in Europe and, arguably, the largest sales manufacturer in the world, but also malt flours, kibbles, flakes, flour blends and beer making kits.

The brewing industry has always been important to Muntons but it is perhaps the rapidly growing craft brewing movement which has benefitted most from Muntons approach towards innovation. They recognised that the only way to drive development of their products in the right direction was to increase their understanding of how their products were being used in real-world applications. This led to the construction of their Centre for Excellence, a state-of-the-art new product development and innovation facility which was built in the height of the credit crunch at a cost of half a million pounds. A bold investment yet with a test brewery, test bakery and test kitchen, sensory evaluation and meeting/conference facilities, one that has provided exactly what was needed to get them closer to understanding the needs of their customers.

Their stainless steel, 100-litre test brewery housed within their Centre for Excellence was designed and made especially for Muntons. Not only is it a complete replica of a modern craft brewery, capable of test brewing all types of beer, but it is used to develop new homebrew recipes and to emulate the wort production from their full-sized malt extract plant. This facility has proved useful for developing malt extracts without having to interrupt mainstream production, saving money on potentially wasted material from full scale production trials. Within their facility they are able to replicate all of their many production processes including evaporation, vacuum band drying and spraydrying. Customers and potential customers can book the facility to hold brainstorming and product development sessions and also tap into the expertise readily on hand with Muntons in-house baker, food technologist and head brewer.

For years, Muntons have been regarded as leaders in the field of sustainability, taking their environmental responsibilities very seriously. They have even coined a phrase which sums up their beliefs: P.S. Practical Sustainability – it’s no afterthought. This is so ingrained within Muntons that it forms an integral part of their project process, with the environmental benefits clearly forming a major part of the decision-making process. 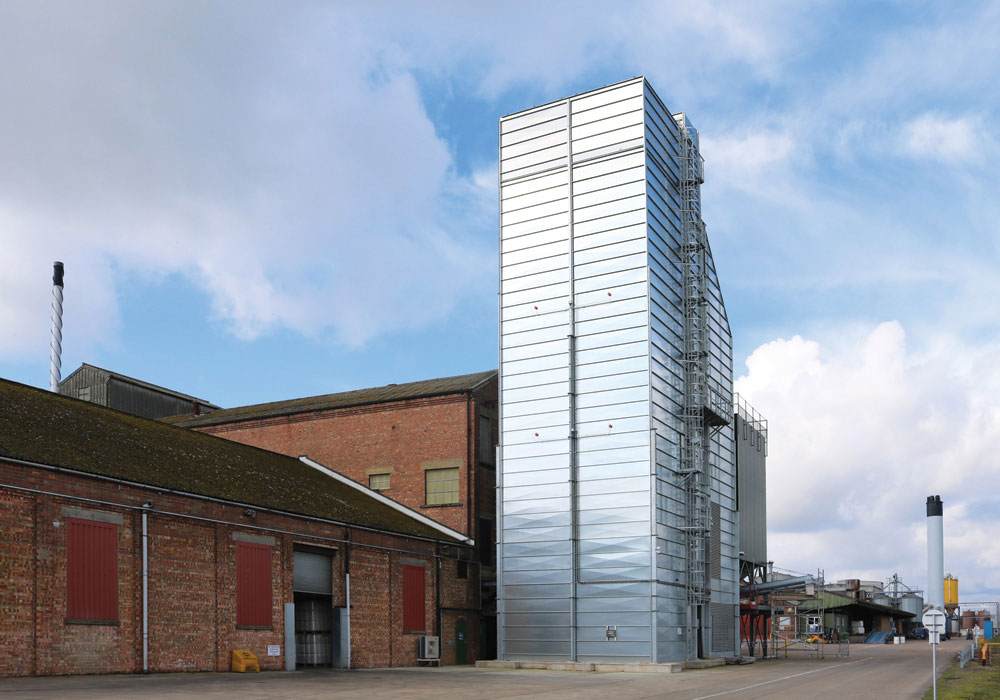 This year they have again proved themselves at the forefront of the global malting industry. They are the first maltster in the world to have signed up to The Science Based Target Initiative, setting an ambitious 45% reduction of their carbon footprint within 15 years based on their 2010 level. Over the past six years they have invested in excess of £11.3 million in projects which bring environmental benefits, such as reductions in carbon footprint and reduced energy use. But they are not just content at looking at their own environmental impact. They have worked with the Government to help produce a carbon footprint calculator for the farming industry, and with fertiliser manufacturers and farmers to encourage the development and use of abated fertilisers, which offer significant reductions in CO2 emissions. And at the other end of the supply chain have developed recipes which can reduce bake time by up to 15% for products such as bread rolls, cakes and muffins, bringing significant energy savings to their customers. 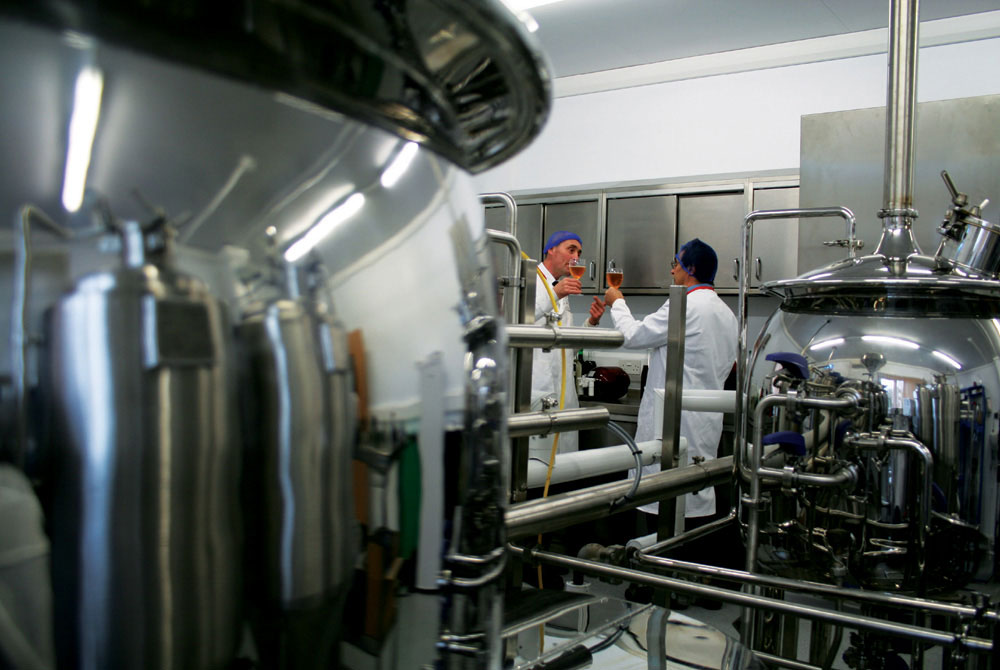 Consumers are continuing to show growing interest in new and innovate products as is clearly seen within the burgeoning craft brewing market. A market which has clearly bucked the general trend, with craft brewed beer sales growing year on year. Interest in the new and unusual is driving innovative craft brewers to experiment with fresh new flavours and beer styles to satisfy consumer cravings. Muntons have worked with many brewers both regional and craft, using their pilot brewery and the facilities offered within their Centre for Excellence to develop workable recipes for innovative new beers and lagers. This cost-effective development method ensures that these fully developed and proven new beers can be confidently released by the customer onto the market following full scale production at their brewery.

They are the first maltster in the world to have signed up to The Science Based Target Initiative, setting an ambitious 45% reduction of their carbon footprint within 15 years based on their 2010 level.  Over the past six years they have invested in excess of £11.3 million in projects which bring environmental benefits, such as reductions in carbon footprint and reduced energy use.

Muntons are a little different. They consider how markets are moving and use their innovation and new product development facilities to create products relevant for brewers and manufacturers alike to capitalise on market opportunities. They care passionately about malt and the environment, vital for good growing conditions and a good crop, investing wisely to minimise their environmental impact. And they know a lot about malt and the benefits it can bring. Not just in brewing and distilling but within a wide range of food, confectionery and beverage applications. An advantage of being not just a maltster but a manufacturer of ingredients made from their malt. It is perhaps this broad understanding of how malt is used, the benefits it brings and their craving to innovate and develop that makes Muntons stand out from the crowd. They see nothing wrong with being just a little bit different, as the French would say: ‘vive la difference’. 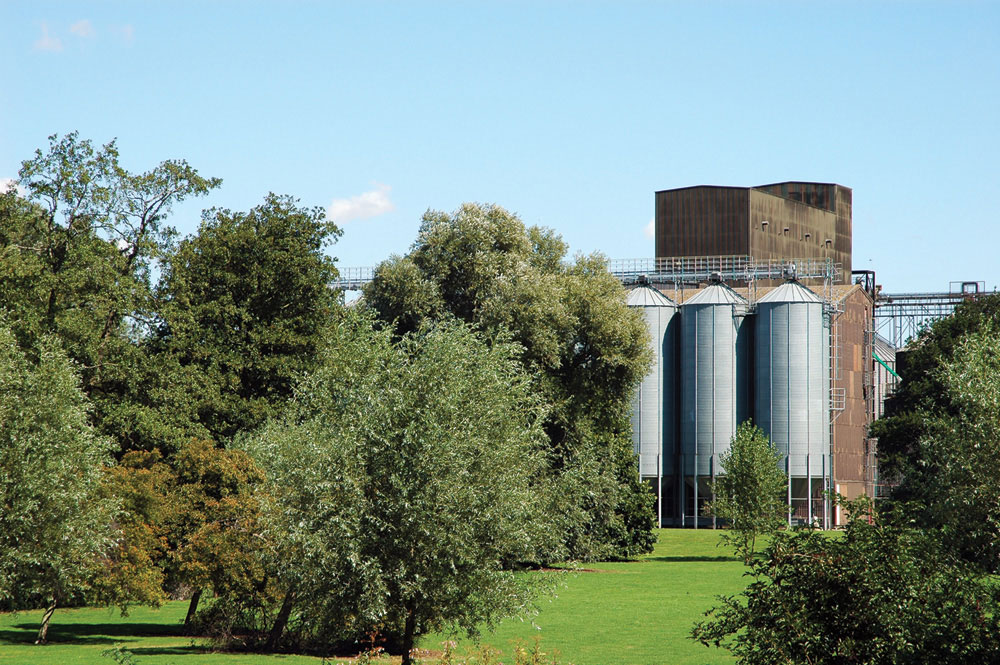 The Science Of Malt By Crisp Malting

A Guide To Milling