All Roads lead to Belgium

In March 2018, a small town called Beloeil in Belgium was visited by a group of enthusiastic brewers from all over the world! Among them there was a group of Indian brewers fond of Belgian beers and Castle Malting products. Castle Malting shares the passion for the craft beer movement the world around, and to show their appreciation, invited brewers from different corners of the world in order to let them see how the Belgian malt praised by brewers worldwide for its unique character, taste and aroma is produced, as well as to get them acquainted with the rich and diverse Belgian beer culture.

At Castle Malting, we find it’s essential to share Belgian brewing culture through Belgian malts and through our interaction with the brewing world at large. When brewers visit us, we realise it is important to them to see how the malts they use to make all their creations are made, only through this can they see the amount of careful manufacture and strict quality control we use to make our malts. It’s also pertinent to realise that it is highly beneficial for every master craftsman to meet with their counterparts in other areas in the world, to share knowledge and experience – an occurrence in this case, which benefits every beer lover the world around! Hence, we take our visiting brewers to other famous Belgian breweries to taste and see tradition before their very eyes. Added to all this, we also arrange for experts in the fields of yeast, sugar, malts and hops – they are brought in to give nuances of information otherwise not available to some parts of the brewing community, in the hope that it will help our brewers to succeed far beyond what they could have done alone.

“For this seminar, we brought in brewers from all over the eastern hemisphere. Countries like India, Korea, Laos came from far and wide in Asia. The Middle East was represented by brewers from Lebanon. The European brewers were from far, places like Slovenia, Bulgaria and Romania. It is truly a wonderful experience for us to see brewers from so many different places interact and share expertise amongst themselves, along with the gargantuan amount of experiences and information we had already planned for them. It’s a guarantee that you will leave with a very different skillset than what you arrived with. 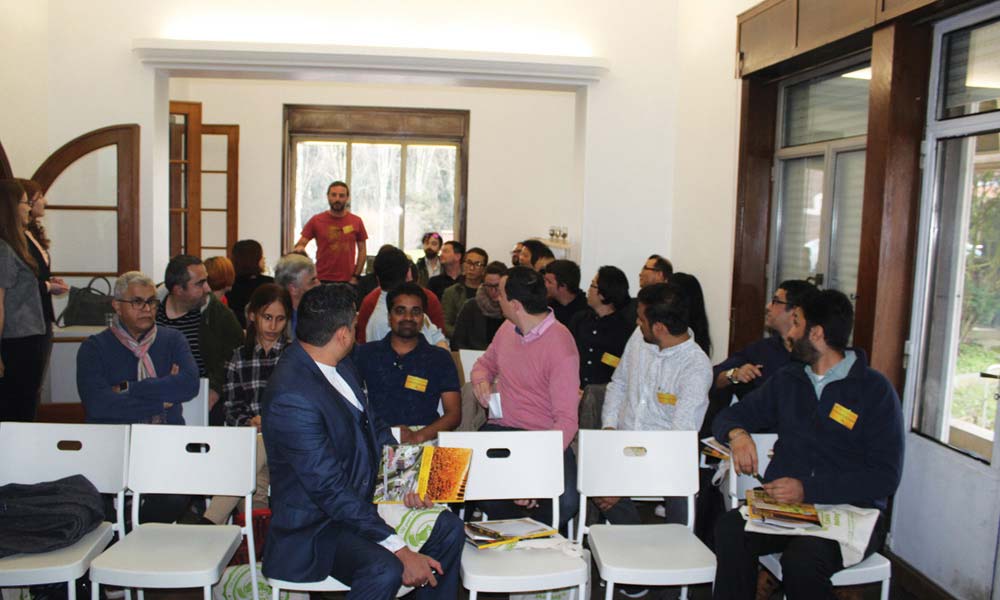 To give you a better idea of what our program looks like for all those who visit us, here is an example of what to expect:

Mr. Jean-Louis Dourcy – our general manager and owner of Castle malting kicked off with detailed descriptions of the malt and brewing industry. It puts a brewers own craft into perspective when placed against a world craft beer map.

Mr. Jean-Jacques Bourdallé – Sales manager for Fermentis yeasts, went into detail about the latest innovations in the wide spectrum of brewing yeasts.

Steve De Witte – Sales manager for Pharmaflore, discussed the intricate nature of utilizing spices in brewing according to Belgian tradition.

Mr. Julien Slabbinck – Head brewer of Brasserie des Carrieres and a professor of brewing sciences to many Universities around Belgium, had describes various subjects in detail such as the intricacies of malt biochemistry and new technologies in micro-brewing.

Mr. Pierre Martin – Development manager of Realco, described enzymatic cleaning as opposed to the use of dangerous chemicals to clean and sanitize brewing equipment.

Mr. Francis Heitz – from Comptoir Agricol discussed the interesting world of hops and the ways they are utilized for different effects.

To get involved in the action, please send us an email and we’ll fill you in on the next visitation seminar we are holding – we’d love to have you over!